(b.December 1,1955) studied accordion and conducting (1976-82) at the Gnesin Academy of Music in Moscow under Friedrich Lips(accordion),Boris Jegorov and Sergei Trubachov (conducting).After receiving his Master of Arts degree with diplomas in accordion,orchestral conducting and pedagogics,the Moscow Tchaikovsky Conservatoire granted him a scholarship to continue his composition studies there (1982-86) 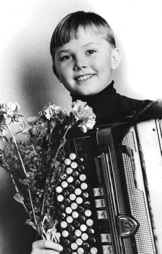 Mr.Kyllönen has had concerts of his music in Russia (Moscow, St.Petersburgh) in Finland, in France (Paris)on Ireland (Dublin) in Israel (Tel Aviv) in Peru (Lima),Germany, in Brasil(Sao Paolo,Santos),   U.S.A (New York, Albuquerque) and in Sweden(Västerås,Skinnskatteberg).

His music has been performed and recorded in many other countries in Europe, Asia,Australia. From 1986 to 2003 Mr. Kyllönen has teached music theory, composition and chamber music at the Sibelius-Academy. He has also taught music theory at the University of Helsinki, department of Musicology. Among other grants, Mr. Kyllönen has been awarded twice a three-year artist´s grant by the Finnish government, covering the periods of 1991-93 and 1996-98, 2013 and also twice one year grant from the Finnish Culture Foundation (2002 and 2004). Wihuri Foundation 2014. Swedish Culture Foundation 2010.

He is an active accordionist,conductor and choir conductor. 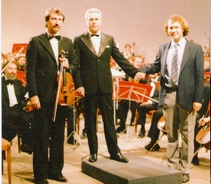